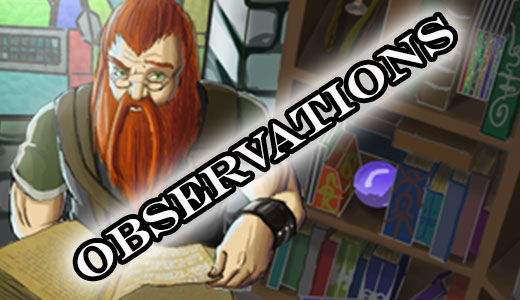 (Originally posted: http://medievalelectronicmultimedia.blogspot.com/2012/10/october-blog-reproducing-medieval.html)
Greetings, MEMO friends, from Yorkshire.  I haven’t been able to join in much for the last month, as I have spent a month forcefully persuading (!) people at Hull University that I really AM on study leave….but I have done that, and here is my October blog, as promised….
An interesting ‘neo-medieval event’ this week was the unveiling of a reproduction of the Bayeux Tapestry, engraved in its entirety on the base and sides of a shallow glass bowl.  It took six months to engrave all 58 scenes on the base of the bowl, which is going to star in a ‘Glass’ exhibition at Glastonbury Abbey.
The final product is interesting in the changes it makes to the original.  It’s a mini-version, much smaller, it has English captions, and it snakes around the inside of the bowl in a sort of ‘wiggly wormy ‘ circle, complete with pointy tail-curl on the outside end.  It looks a bit like a labyrinth, or the Ragnarok serpent. There’s a picture of it on Getty images (News – image 153160878).  What interests me is what it says about reproducing things from the past in different media, or reproducing them at all.  This, although a reproduction, is unlike the original, which you have to follow around the wall, and which (even if it were complete) resists completion.  It’s both exciting and (from an  Anglo-Saxon point of view) threatening, larger than life.  The glass version is complete, contained, and ‘owned’ by English culture – the English lines are on top of each scene, with the Latin text, as in the original, within it.  It has been made into an object, ultimately for use by another culture – the one which lost in 1066.
This got me thinking about what happens when we reproduce things from the medieval (or older) past as ‘things’.  What’s going on there?  Apart from economic gain, why do we want to do it?  And if it IS economic, why does it sell?  One of the features of this year’s Cultural Olympiad (timed to coincide with a certain event in London) was a giant inflatable Stonehenge, used as a bouncy castle.  You can find pics of that at
http://www.bbc.co.uk/news/entertainment-arts-17777997
I have to admit that I like this better than Norman propaganda on glass bowls, or the Canterbury Pilgrims on a necktie.  It offers a (playful) idea of the far past as an environment, rather than as an object or ‘thing’.  More than that, you can bounce around in it, maybe with time to think about what it might have been like, maybe have some ideas on what the ‘real thing’ is about….???
Another interesting notion is the fact that, being an engraving, the figures on that bowl are negatives of the original – it is transparent, uncolored – in fact, against the background, all the faces are black.  Given the focus of the SIM conference this month, does this have implications for how we see the medieval?  Can we fit our own identities into the transparent frame, or maybe see non-white, or figures devoid of any color?  Does this have interesting implications for neo medieval re-workings, re-presentations, or commentary?  On the subject of Stonehenge, anyone can bounce around in it, regardless of color, age or physical condition. Given that the original was thought to have been a place of healing, doesn’t that have interesting possibilities, too?
This is a big neo-medieval week in Britain – the new series of Merlin begins on the BBC on Saturday.  The queen may be an actress of color, along with her brother (one of the Knights of the Round Table), and ‘magic’ appears to stand in for ‘otherness’ of some unspecific kind…but the big cheese is still a white, blond, sports stud.  The strongest female is still not allowed to grunt, sweat or hack people with swords and sticks (please, the use of bows and arrows, or lightening bolts of varying kinds, is NOT female empowerment) – we still await the demise of the ‘white’- and ‘gender’-wash!
At the end of all that – what d’you reckon would be good to reproduce in neo-medieval form, and where should it be exhibited? What would you like to make a ‘bouncy’ version of?  Is ‘play’ of this kind important?
All best wishes for the US elections…
Lesley